Social media has tipped the balance of power from corporations to consumers. We saw this in action several times last year. Customer reaction defeated a $5 debit card fee at Bank of America and a plan to split Netflix into two different services. Most recently, Verizon Wireless reversed its plan to institute a $2 fee for consumers who aren’t enrolled in an automatic payment plan, when faced with a torrent of consumer ire. From Good Business, here are some tips to help companies avoid public relations fiascoes.

"Talk to Users First"
“Why not post it on your Facebook page?” Ron Shevlin, a business analyst, suggested to The New York Times. While reaction might still be negative, you'll avoid the backlash of having to reverse a policy.

"Make a Coherent Argument"
Customers aren't likely to be reasonable about a new few if the company can't explain the cost behind it.

"Don't Use Fees as Marketing"
Sell customers on the benefit of a service rather than trying to bully them into accepting a new product.

"Don’t Go after Low-income Customers"
The Verizon fee would have mostly affected low income customers that don't regularly have enough money in their bank accounts to cover their charges automatically.  The Bank of America fee would have applied to customers who didn’t meet certain balance requirements. Social media has given these customers an unprecedented voice. Even unaffected customers aren't likely to look kindly on "chiseler" fees.

Social Media at the Golden Arches

Content marketing requires a constant source of relevant and usable ideas. Even if you have an original  blogger and you re-purpose existing content and you have a steady source of outside content, you still might be looking for ways to interject fresh ideas into your content stream. If so, look to the press and the blogosphere and mine content from there.

Quora is a collection of questions created, edited, and organized by users. "One way you can think of it is as a cache for the research that people do looking things up on the web and asking other people."

Quora has quickly become a go-to place for seekers of expert advice on a wide variety of topics. Quora integrates with your contacts on Facebook and Twitter, and allows you to track experts on the site.

From eReleases, here are 20 PR Experts to follow on Quora:
View Original Article for Details on These Experts

HARO (Help a Reporter Out) is a site that allows thought-leaders to share their expertise with reporters and potentially reap some PR rewards. After signing up to be a Source on HARO, you receive daily queries submitted by reporters in need of an expert. Answering those queries can lead to national media exposure. 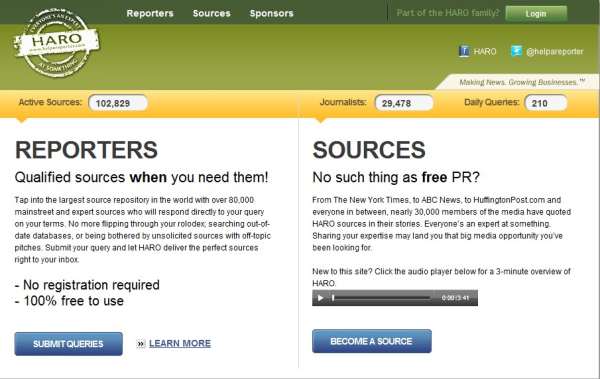 Source Testimonial:
"HARO is a primary tool in the arsenal of solutions offered in my sales and marketing services business. The results are remarkable! I support multiple clients in a variety of industries and there is a story every week that qualifies as a potential good PR opportunity for one of them. There is no other way I could get this type of access to global media or have my client's considered as sources in real time."

The value of publicity can be enormous. One of the best ways to get publicity is to first connect with reporters by commenting on their stories online or on Twitter. There are a few resources online to find reporters.

MediaOnTwitter is a straight forward database of journalists on Twitter. You can search by name, Twitter ID or media outlet.

Muck Rack takes a more curated approach to aggregating journalists on Twitter. Applications are reviewed for inclusion. You can browse by beats covered or news source. Muck Rack also offers a daily email digest of journalism on Twitter. 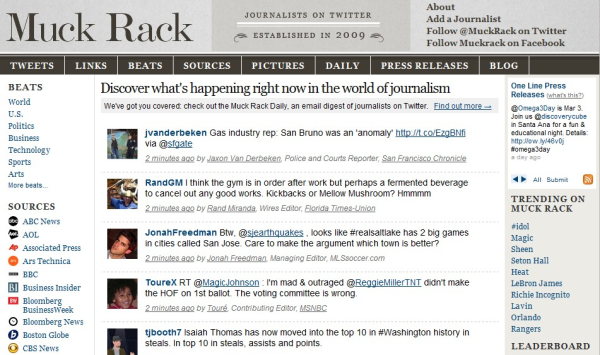 How to Get Online and Offline Publicity

Publicity is seven times more credible than advertising and implies something is newsworthy.  By it's very nature, publicity is free. So the value of publicity can be enormous, but not many attempt a DIY approach. From 30 Minute PR, some tips on getting publicity: